Marisa works as a registered nurse at the local hospital, doing four long shifts a week with three days off. Her magic primarily manifests itself by giving her the ability to do minor healing spells and fixing broken things, leading to why she chose to go into nursing.

She is in a long-term relationship with Marin Grundy.

Marisa is a nurse who takes her job and her magic seriously. She uses her magic to help heal her patients when it is safe to do so. After introducing Marin to Sara Ross and helping Marin become a werewolf, Marisa tried to keep her distance to make sure Marin did not feel obligated to her.[1] However, the two later ended up in a relationship.

Marisa can be stubborn and dedicated to her work, as well as to her research.[2] She’s a bit brusque and can come off really confrontational, but underneath, she’s a big softy. Her main focus in life is her relationship with Marin, who is often the only person who can get through to her when she’s being pigheaded about something.

Marisa has known the Ross family for her whole life, and cast spells with her parents for the Ross family when she was younger.[3] Marisa has an affinity for magic and knows quite a bit about magical history. She had a type of celebrity crush on Flora Conradine, a famous witch.[4]

She works as a nurse, and met Marin in the hospital where she works when Marin was being treated for a brain tumor. Marisa spent time with her, frequently reading Marin the newspaper when Marin's eyes were too blurry to read.[5]

When Marin's health continued to decline, Marisa introduced her to Sara Ross in order to save her life via a werewolf bite. The transformation was successful. Marisa tried to keep her distance from Marin after that to maintain professional boundaries.

After Marin graduated from Law school, Marisa entered into a relationship with her.

Marisa is a witch, and can cast a wide variety of spells.

When she works as a nurse, Marisa also uses her magic to help her patients heal, when she's certain she won't be discovered. When Vincent was injured, she was able to heal his wounds.[6] Marisa was also able to break the spell binding Ginger's life to Connie.

One of Marisa's main stated magical leanings is fixing broken things. One example of this is when she repairs the door Malaya broke.[7]. Her magic can also work the other way, allowing her to deconstruct as well. This is seen when she takes apart a tree to reveal Lucas[8]

While Marisa's magic is mainly expressed via healing and fixing magic, she can also cast other spells like the magic blue fox tracking spell[9]. 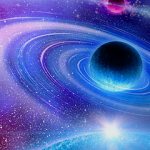 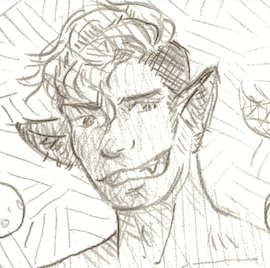